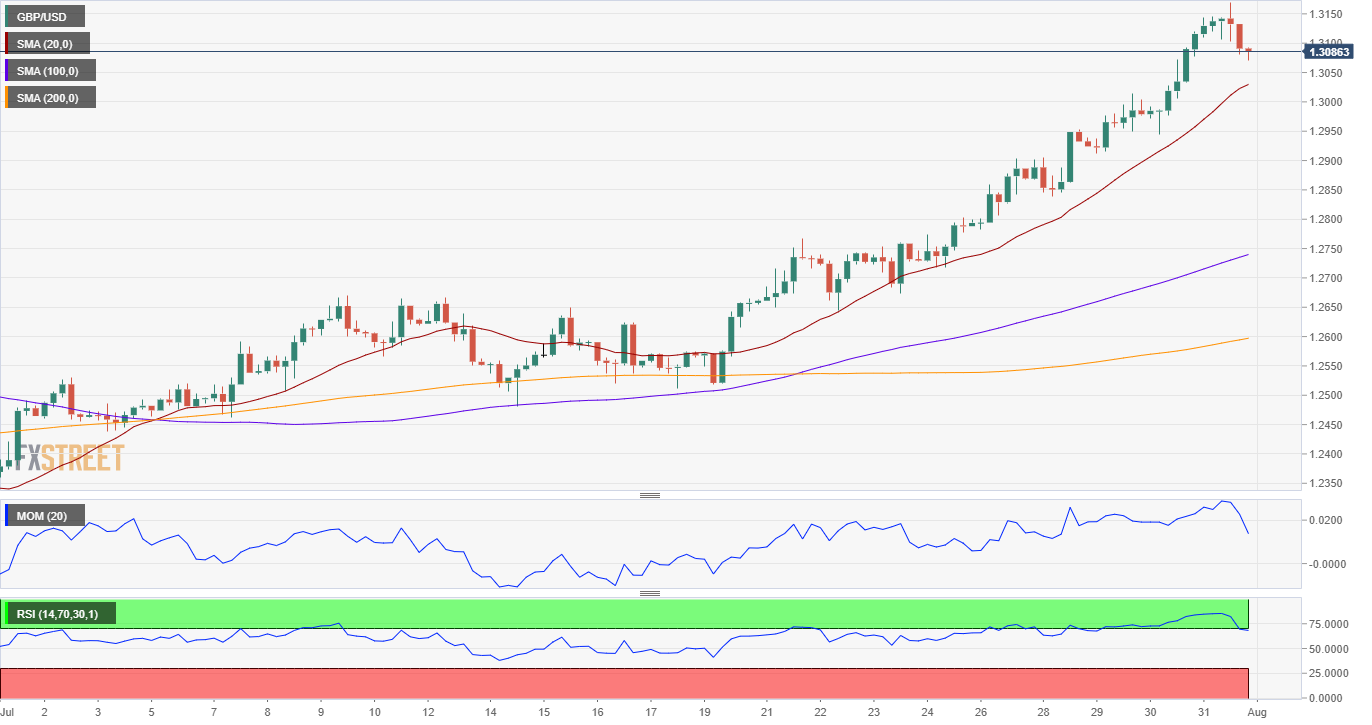 The GBP/USD pair reached 1.3169 on Friday, its highest since last March, to close the day unchanged, but the week with solid gains at 1.3085. The pair was driven mostly by the greenback, which remained weak after the events that took place in the US on Thursday, with a dovish Federal Reserve and Q2 GDP contracting a record 32.9% in the three months to June.

The UK didn’t publish relevant data by the end of the week, with the focus there on coronavirus developments. The UK government imposed new restrictions on 4.3 million people in northern England after a recent rise in cases. Also, PM Johnson announced a delay to the further easing of coronavirus restrictions in England for at least two weeks, initially scheduled to take place at the beginning of August. Markit will publish the final version of the UK July Manufacturing PMI, foreseen unchanged at 53.6.

The daily chart for the GBP/USD pair shows that the bullish bias persists. The Momentum indicator keeps heading north while the RSI is stable, both in extreme overbought territory. The 20 DMA, in the meantime, crosses above the 200 DMA well below the current level. The 4-hour chart shows that technical indicators eased from extreme levels, heading lower but well into positive ground, as the pair develops above a bullish 20 SMA, this last at around 1.3030. A bearish extension should be understood as corrective, although selling could intensify on a break below 1.2990.