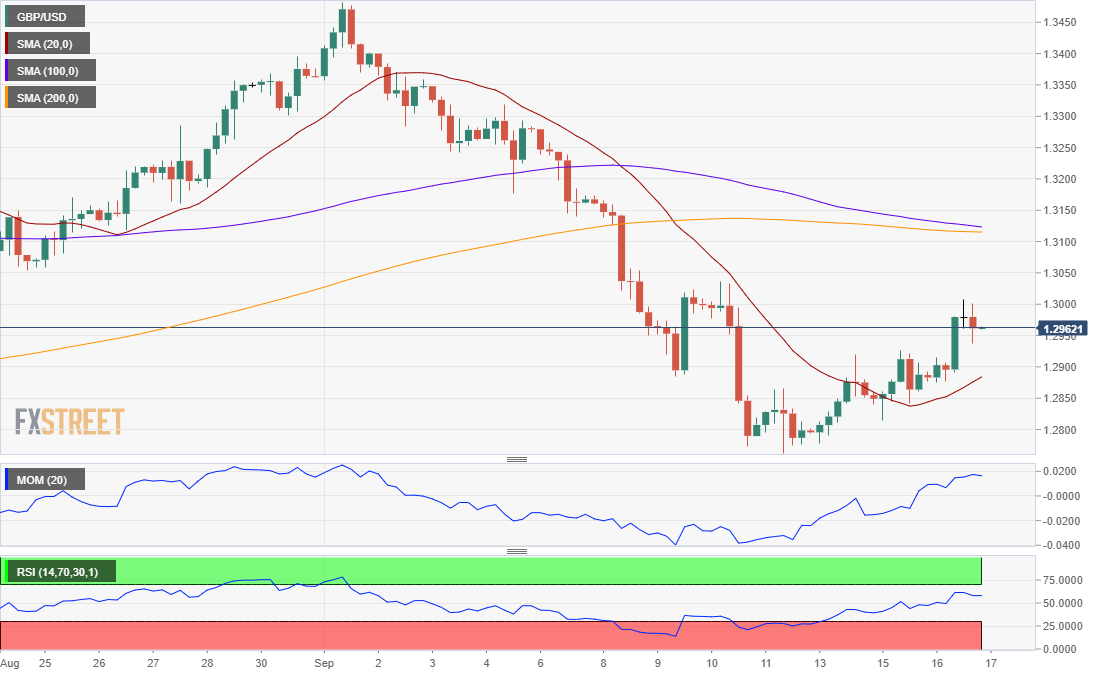 The GBP/USD pair neared the 1.3000 figure, soaring on reports the UK offered tentative concessions on fisheries in trade talks with the EU, one of the main issues blocking negotiations in the last months. The market ignored UK mixed inflation-related data, although August annual CPI improved to 0.2%. The Producer Price index in the same period, however, fell 0.9%, while the Retail Price index increased 0.5% against the 0.6% expected and the previous 1.6%.

This Thursday, the focus will be on the Bank of England, as the central bank will unveil its latest monetary policy decision. Policymakers are not expected to change their current monetary policy, keeping rates at record lows of 0.1%. However, there’s mounting speculation that the central bank will introduce additional stimulus before year-end. Probably not this time, but anyway, speculative interest will be scrutinizing Bailey’s comments for any hint on the issue.

The GBP/USD pair traded around 1.2960 ahead of Fed’s announcement and stands in the same area as the day comes to an end. The 4-hour chart shows that the pair has further advanced above a now bullish 20 SMA, although it remains below the 100 and 200 SMA, both converging around 1.3110/20. Technical indicators eased from their intraday highs alongside price, but remain within positive levels. Overall, the risk of a steeper decline seems contained, mainly with positive Brexit developments.

Japan PM Suga: International students to be allowed into the country from October