Dogecoin price is at crossroads as this technical indicator hints at a reversal, but bulls seem to be opposing that idea and want to rally.

Dogecoin price is trading at $0.571 on the 4-hour chart after erecting a new all-time high at $0.611. The Momentum Reversal Indicator (MRI) has flashed a sell signal in the form of a red ‘one’ candlestick, indicating that the cycle has topped.

Interestingly, this move comes as DOGE hit a blockade at the 161.8% Fibonacci extension level at $0.561. The MRI’s current setup forecasts a one-to-four candlestick correction. Hence, from a technical point of view, Dogecoin price could retrace.

Despite this bearish signal, DOGE has dropped only 4% and reveals that the buyers are propping up Dogecoin price, which could result in reentry into the price discovery phase. 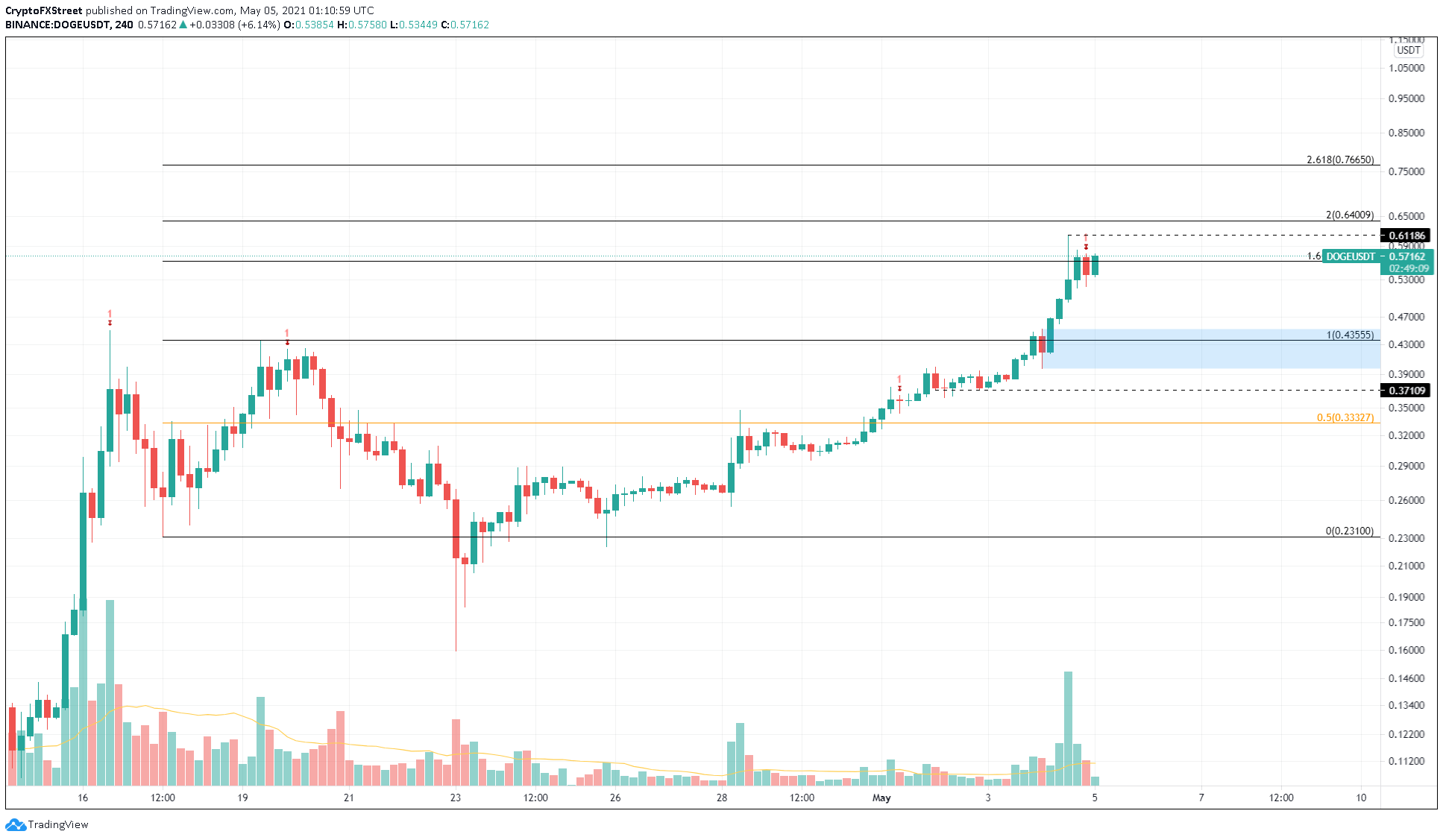 While a 22% downswing seems extreme, it will allow the buyers to recuperate and prepare for the next run-up. However, a breakdown of the support barrier at $0.371 will indicate that the sellers are overwhelming the buyers and will invalidate the bullish thesis.

In such a case, Dogecoin price will retrace to the 50% Fibonacci retracement level at $0.333