Axie Infinity (AXS) price action is range trading, with a 18% bandwidth. A surplus bullish element with the 55-day Simple Moving Average (SMA) coming into play below the current price is helping buyers gain traction and wash out sellers on the upper end of the range. Once through there, it is a quick spurt towards $85.22.

Axie Infinity price is stuck in an 18% price range between $60.36 and $73.62. Buyers each time pick up AXS at the lower level, placing their stop below $60. On the upside, bears can sell to the buyers booking profit from playing the range trade.

That said, an upwards force is making its way into the range trade. The 55-day Simple Moving Average (SMA) is on its way to meeting the current price action in AXS. Buyers will use this as another reason to go all-in and try to push out of the price range that Axie Infinity is in.

Once the breakout is done, buyers will jump in on a second wave, as investors standing on the sideline are waiting for the breakout, queuing to get in the long AXS trade. That second wave of money inflow will quickly ramp price action up towards $85.22, giving the second wave at least gains of 16%. 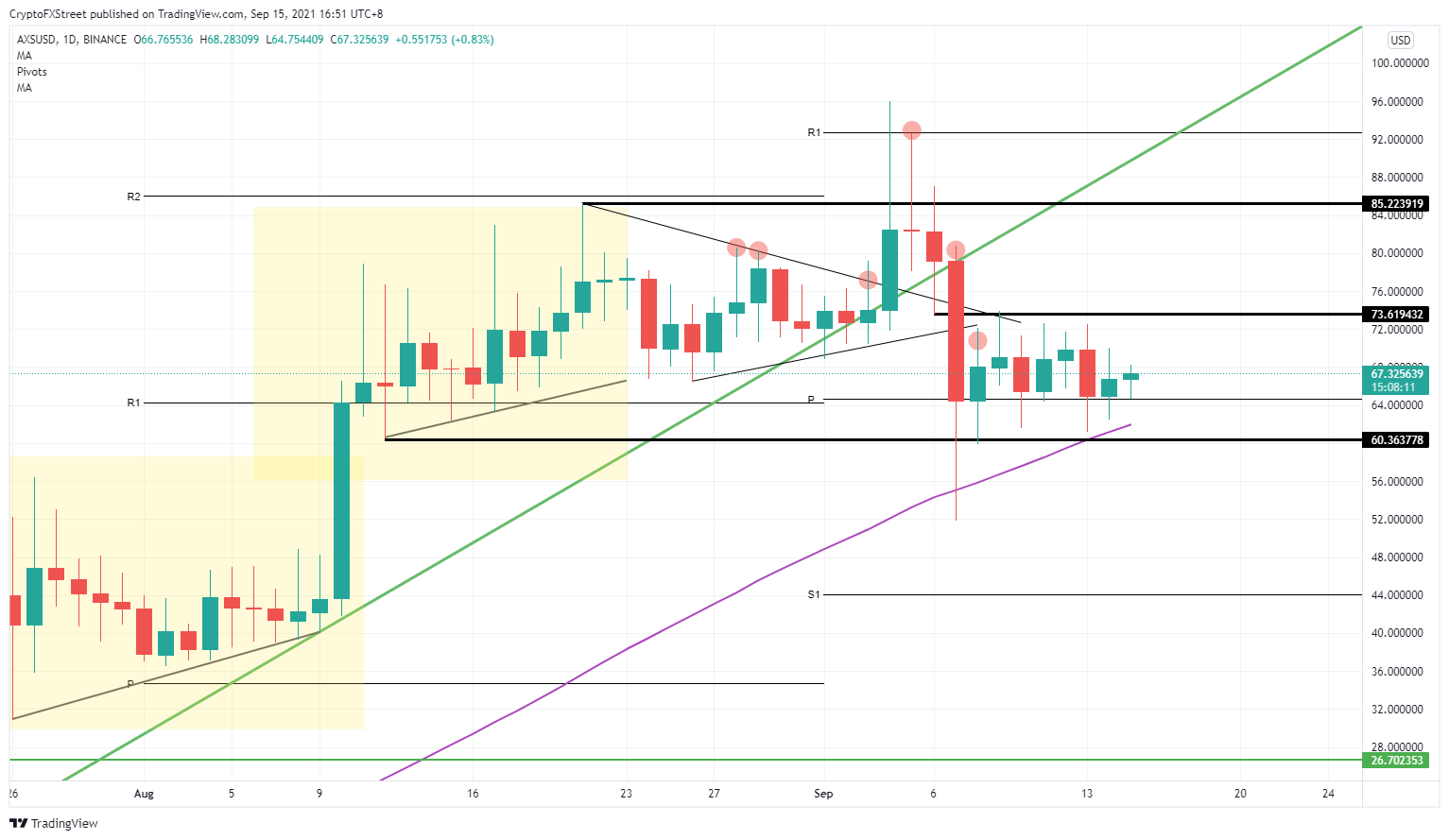 Further upside for Axie Infinity looks capped. A new attempt at the monthly R1 at $92 could be possible, but that will depend on the buyers who took profit after hitting $85.22.

On the downside, a break lower would open the door for some real downside potential. The only fundamental first level of support is at the monthly S1 support level near $44, or 27% lower.

XRP price can add another 20% gains