What’s coming up on the economic calendar 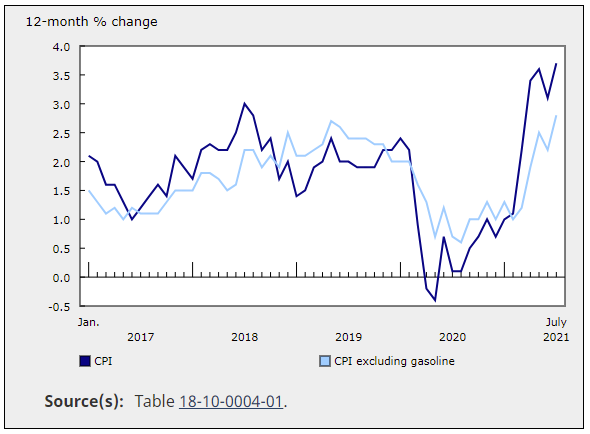 The market isn’t exactly focused on economic data at the moment but it will add some flavour to today’s trade.

Canadian CPI for August is due at the bottom of the hour and expected to show a 0.1% m/m rise and a 3.9% y/y increase. The three core measures of inflation are all expected to be steady in y/y terms with common at 1.7%, median at 2.6% and trimmed at 3.1%.

I see inflationary forces as global with all countries on roughly the same covid timeline so this is a good confirmation for inflation beginning to crest everywhere.

In the US, we get import/export prices and the Empire Fed at the bottom of the hour as well. Empire is more likely to be a market mover and expected at 18.0, down slightly from 18.3 in August.

At 9:15 am ET, the August industrial production report is due out and expected up 0.5%.

Finally, we get EIA weekly US oil inventories as crude trades to the highest since July.