I’ll
get to Evergrande in a moment, it was market-moving news, but before
that a couple of notes on

Snap
shares fell
sharply in after-hours extended
trading after the company missed Q3
revenue
expectations and
gave wary guidance for the quarter ahead. Snap’s
advertising
business revenue
fell with Apple’s
privacy changes intruduced
earlier
this year cited
by analysts; of concern also is the supply chain tightness seeing
advertisers pull back on advertising products that may not be
available for some time. Other social
media and digital advertising stocks also saw
price drops in after hours trade.

Around
the same time we had reports on remarks from the new Bank of England
chief economist,Huw Pill, saying UK inflation is likely to head close
to or above 5% early in 2022 and that the Bank no longer needs the
emergency policy settings like after the pandemic intensified. All
inputs for those looking for earlier BoE hikes (November is a
possibility).

A
little later in the morning the Reserve Bank of Australia was buying
April 2024 bonds in order to lower its yield towards the stated RBA
target of 0.1%. It had been as high as circa 0.17% and there was some
(mild
only)
speculation in the market the RBA was dialling back its commitment to
holding rates low. I
should note its not likely the RBA would make such a policy change
without at least some sort of verbal signalling prior to dropping its
commitment. Having said this the Bank did take quite some time to
enter the market to drive the yield back towards target, today’s
bond buying was the first from the RBA since February.

The
Australian dollar dribbled just a few tics lower after the RBA
buying.

Which
brings us to Evergrande. The firm paid USD83.5m, which was due on
September 30. There was a 30-day ‘grace’ period before a default
would have been registered, Evergrande made payment just a few days
ahead of that running out. AUD,
NZD, CAD
and GBP all rallied on the news, as did USD/JPY. EUR/USD
was slow. Yen crosses, thus, moved higher.

Slipping
by almost unnoticed was the news that Fitch Ratings has downgraded
another China property development firm, Sinic, to Restrictive
Default and withdraws ratings.

From
the People’s Bank of China today we had another large injection of
funds through open market operations, the third
day in a row the PBOC net injected 90bn yuan.
For the week the total injection is a substantial 260nn
yuan.

AUD/JPY had a quick rise on the Evergrande news but has since given some back: 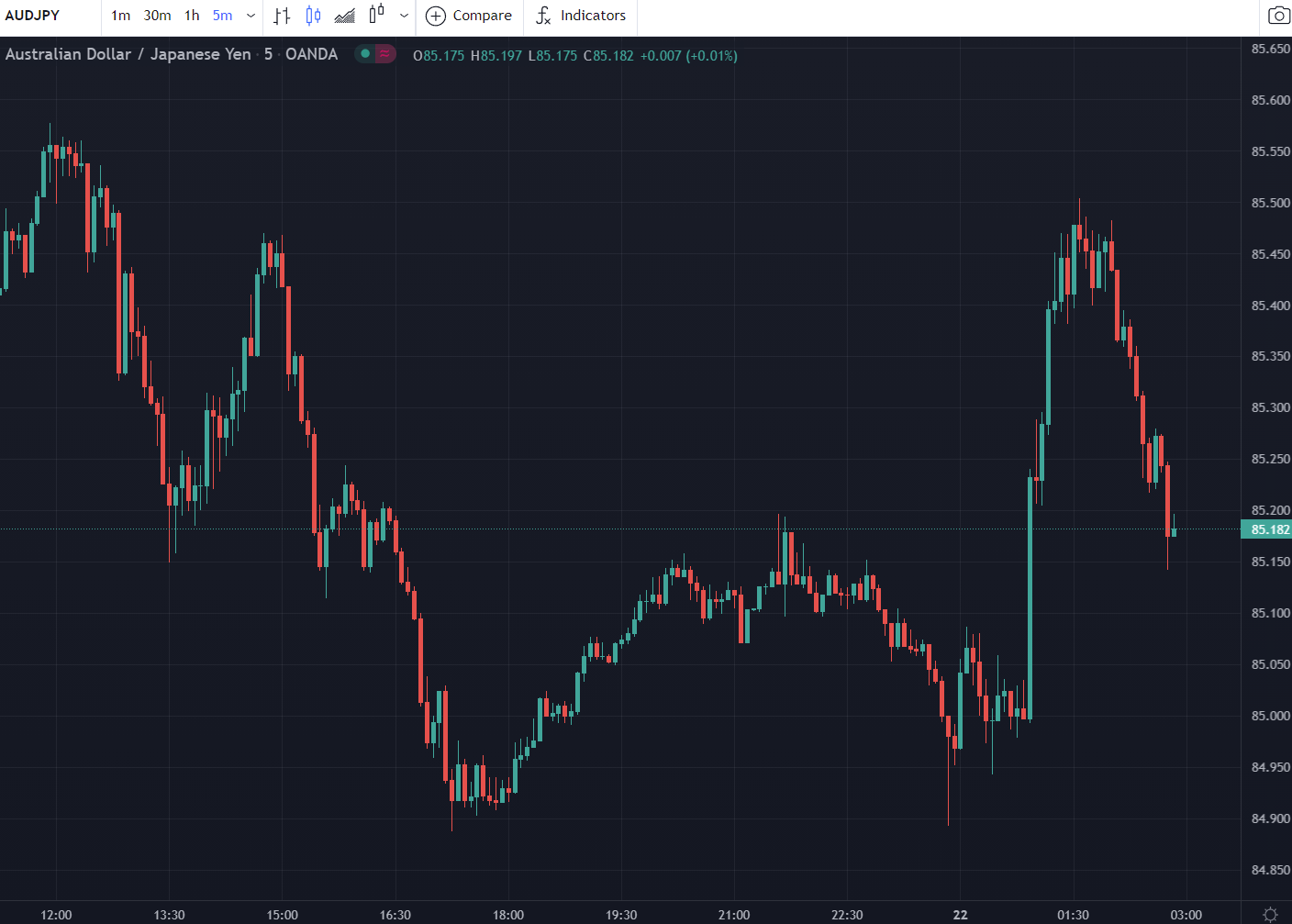 Russia Unemployment Rate came in at 4.3% below forecasts (4.5%) in October