AVAX price has seen a massive upswing over the last month, pushing its market value into the triple-digit territory. While Avalanche undergoes a short-term retracement, the upside is likely to improve if the bulls hold critical levels.

AVAX price rose 52% between November 18 and November 22, reaching a new high at $147. Further attempts to surpass this barrier were quickly undone as Avalanche continued to descend. This correction sliced through the 161.8% Fibonacci retracement level at $130 and bounced off the $110-to-$116 demand zone.

A quick dip into this area provided AVAX price the necessary oomph and allowed it to rally 10% to $122, where it is trading at the time of writing. Going forward, investors can expect Avalanche price to overcome the $130 hurdle and make a run for the $170 round number, just below the 261.8% Fibonacci retracement level at $177. 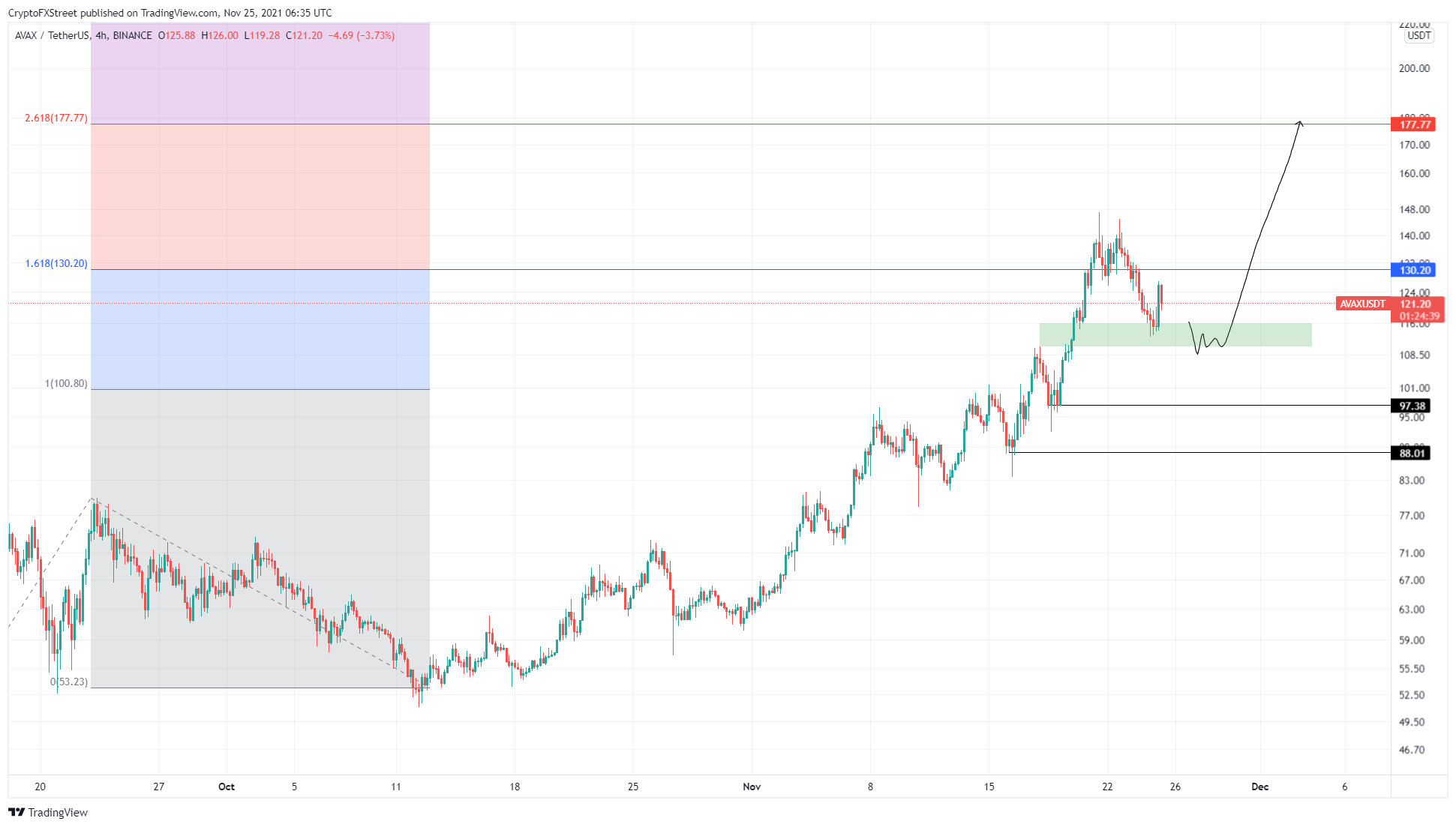 The bullish scenario is intact as long as the AVAX price holds above the $110-o-$116 demand zone. However, a breakdown of this level could lead to a 12% crash to the immediate support level at $97.

A daily close below this level will invalidate the bullish thesis by creating a lower low. In such a situation, market participants can expect AVAX price to retrace another 9% to tag the $88.01 support level.

EUR/GBP recovers from earlier dip under 0.8500 as dip-buyers come in ahead of 50DMA

Forex Today: Financial markets take a breath ahead of US employment data