MATIC price has presented a bearish chart formation that suggests a pessimistic narrative for the layer 2 token. An additional 17% plunge may be on the radar for Polygon following a break below a critical level of support.

MATIC price has sliced below the neckline of the head-and-shoulders chart pattern at $1.970 on the 12-hour chart on January 21, putting a bearish target of $1.245 on the radar.

The increase in selling pressure forced Polygon to cower below the critical support line which acted also as the neckline of the prevailing chart pattern at $1.970, coinciding with the 200 twelve-hour Simple Moving Average (SMA). This move had a huge impact on MATIC price, as the token has since lost 24% of its value.

While MATIC price continues to lose its strength, Polygon could continue sliding lower toward the first line of defense at the September 18 high at $1.440.

An additional foothold may emerge at the October 2 high at $1.352 before Polygon drops toward the pessimistic target at $1.245, which coincides with the September 23 high.

Lower levels are not expected to be targeted, but if a surge in sell orders occurs, Polygon may fall toward the 127.2% Fibonacci extension level at $0.978 before rebounding. 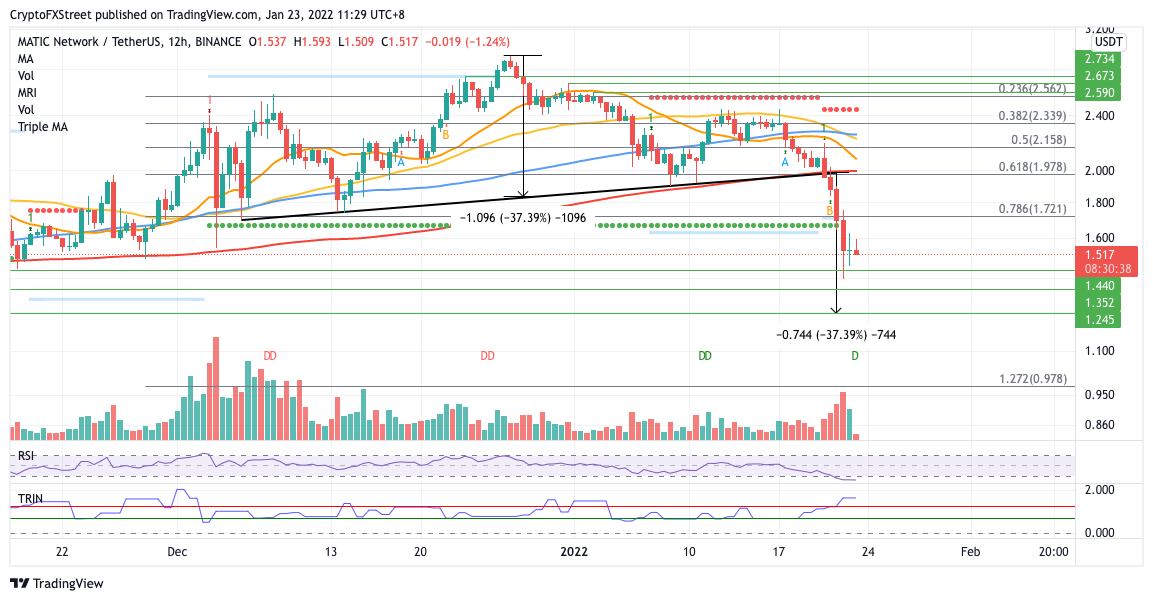