Binance coin could fall back into September 2021 All-time highs at $70 if the technicals are correct.

Binance coin price back to $70 eventually

Binance coin price displays a few reasons to believe that a macro bottom could occur within the $70 price zone. Elliott Wave theory suggests that corrections after an impulsive wave should have alternative price action. For instance, if wave 2 is corrective, is deep in price retracement and takes little time to complete, wave four will usually be shallow in terms of a price retracement and can spend an exuberant amount of time finishing the corrective structure. 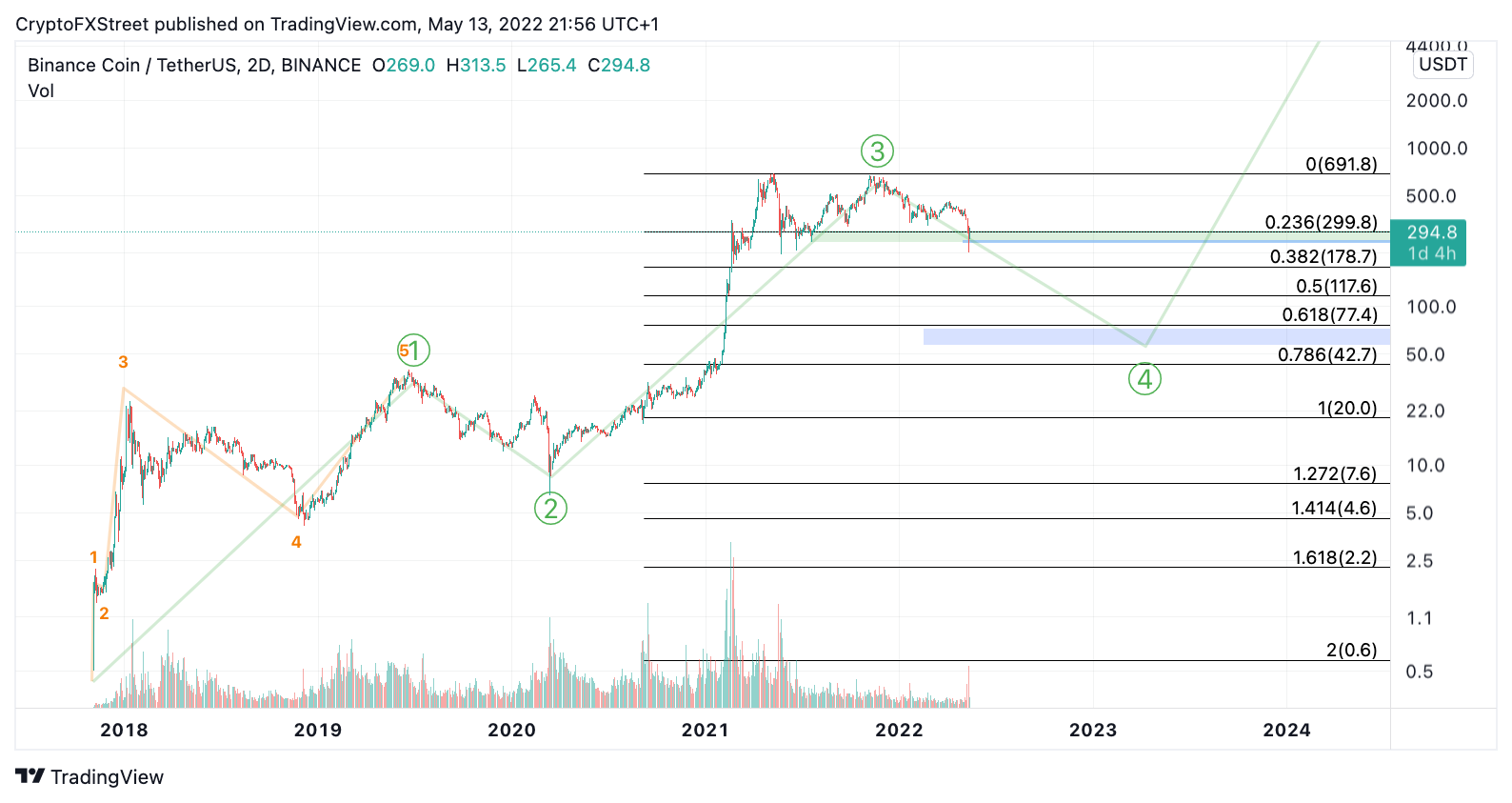 A Fibonacci retracement level surrounding the $700 all-time high since the pandemic lows suggests a 61.8% retracement level at $77. Thus further confounding the bearish macro thesis. The correction could take months and even years to play out, but it is undoubtedly a valid scenario on the cards that long-term investors should be aware of.

Still, markets rarely go down in a straight line. In the coming weeks, there could be profitable countertrend rallies for the BNB price. Invalidation of the current bearish downtrend lies at $357. If the bulls can breach this level, the BNB price could climb as high as $470, resulting in a 75% increase from the current Binance coin price.

Gold Price Forecast: XAU/USD struggles to hold above $1800 amidst risk-aversion