These bullish updates could push MATIC to $1, argue analysts

MATIC price eyes the bullish target of $1 with new announcements and updates that boost the Ethereum scaling token’s utility and adoption. Polygon network has dived into blockchain gaming and powering free deposits to Polymarket. There is a spike in bullish sentiment among MATIC holders.

Epic League has successfully beta tested Dark Throne, a role-playing game set to launch in Q3 2022 on the Polygon Network. The game demonstrated a nearly 70% retention rate among players on the seventh day of the test. The game is therefore expected to have a widely successful launch with Polygon Studios.

In addition to the gaming partnership, Polygon teamed up with Techstars London for a Web3-specific accelerator program to bring the next wave of projects to the MATIC network.

Applications will open on August 29, 2022, and the projects that make it to the accelerator program will begin work early 2023. The Techstars partnership is MATIC ecosystem’s move to onboard tens of millions of developers onto Polygon’s ever-growing, diverse and green network.

The Polygon ecosystem has seen a spike in partnerships and Polymarket’s announcement of instant and free deposits from Coinbase is one of the leading developments in the ecosystem. Polymarkets, a global information platform, has therefore played a key role in driving MATIC’s utility.

The analyst argues that a spike in selling pressure limited MATIC’s upside potential and derailed it from its path to psychological level of $1. If selling pressure on MATIC reduces, there is a possibility of a rally to $1.

@Pentosh1, crypto analyst and trader argues that a clean break past resistance at $0.97 could push MATIC price to the range between $1.2 and $1.4. 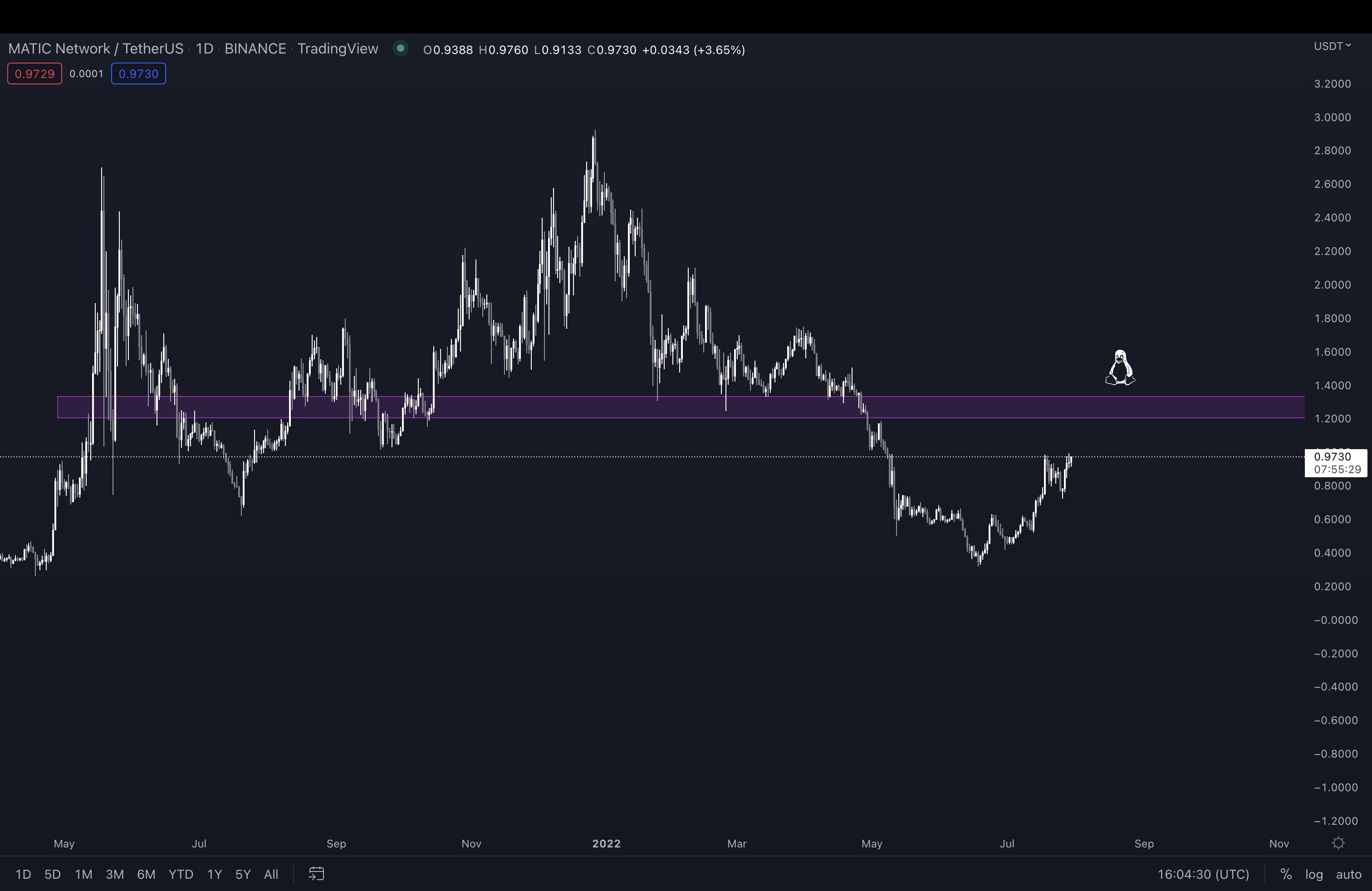 Here’s why Avalanche price is rocketing