Dogecoin price shows a considerable spike in buyers’ strength on the last weekend of November. DOGE has revealed a clean breakout above an immediate hurdle, suggesting the possibility of continuing this trend.

Dogecoin price can continue its ascent if…

Dogecoin price has pushed through the $0.0894 to $0.0861 resistance area after more than two weeks of failed attempts. This push comes on November 25 as the daily candlestick spiked nearly 7%.  If DOGE sustains above this level, it will indicate a resurgence of buying pressure and kick-start a run-up.

The most likely level that bulls will target is $0.1125, which served as a support level between October 30 and November 7. Therefore, investors looking to book profits on their Dogecoin price rally can do so at this hurdle

Supporting the case for DOGE is the Relative Strength Index (RSI) shifting above the 50 level, aka midpoint, after two weeks of failed attempts. This move indicates that the bullish momentum is back and is likely to sustain. In such a case, the bullish outlook noted from the Dogecoin price action is likely to come true.

Moreover, the last week of a month is often volatile, hence investors can expect a quick 20% move from DOGE. 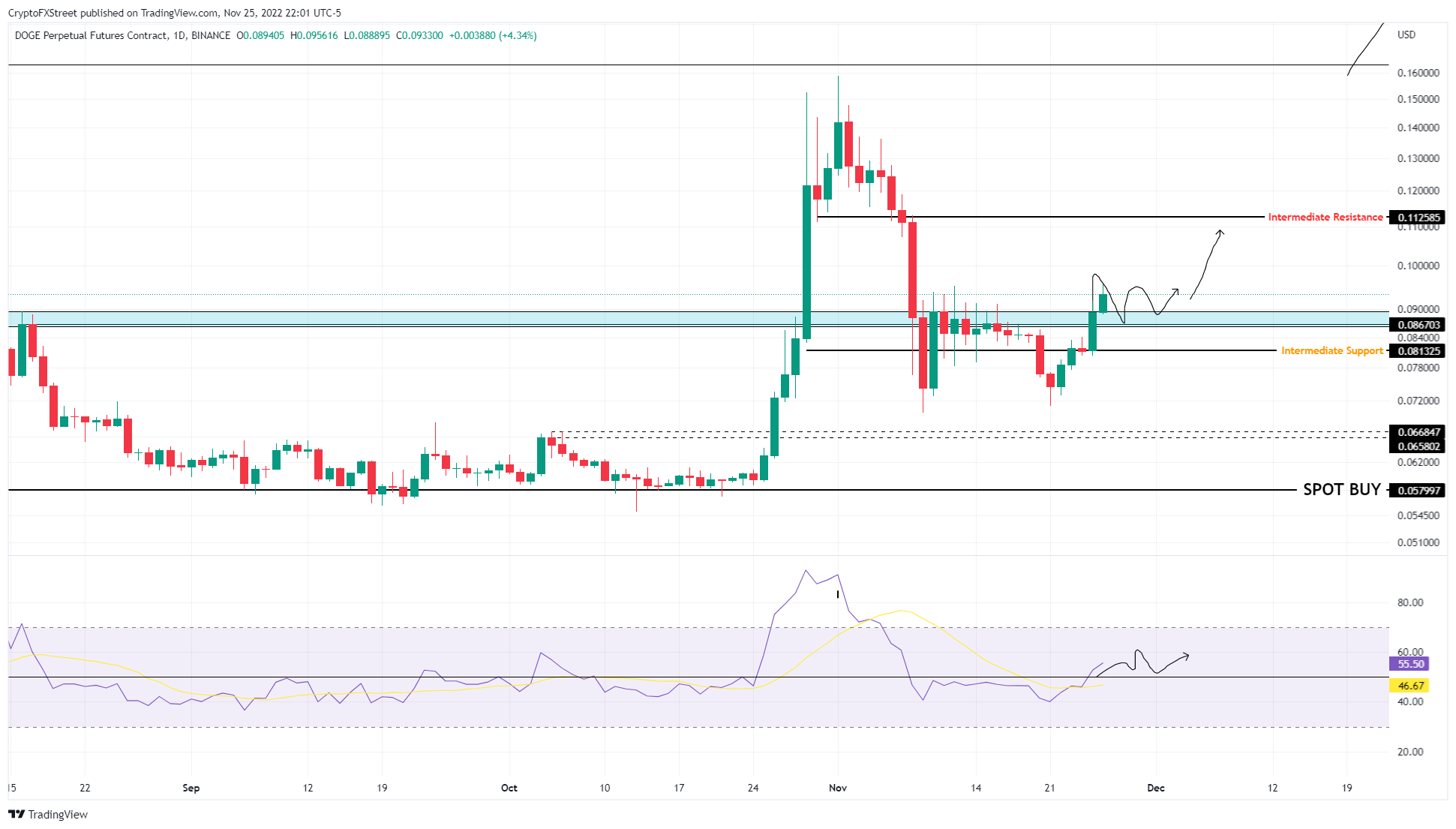 While things are looking up for Dogecoin price, a breakdown of the $0.0861 support level will invalidate the bullish outlook. This move would create a shift in the narrative, pushing holders to offload their holdings.