The US Dollar appears to be on a retracement run from last weeks weakness, so I expect the US dollar to be bullish for the majority of this coming week, but I do expect a strong pullback (clear from indicators, above moving averages, high strength etc) from its inner uptrend line (If it succeeds in breaking above the 97.00-97.2 band).Things to bare in mind: Monday is a bank holiday in the states, so expect low volatility across the board, not just USD pairs. On Thursday, the retail sales index is out for the month, and it is predicted to be above previous reading of -0.1%. As you are all well aware, the long term strength of a currency is about business confidence and investability, so the higher the reading of the retail sales, the more consumer spending there is, indicating more consumer confidence. I have a feeling that when this news hits, the USDollar will have already broken above the 97.00 mark.

Here is my analysis 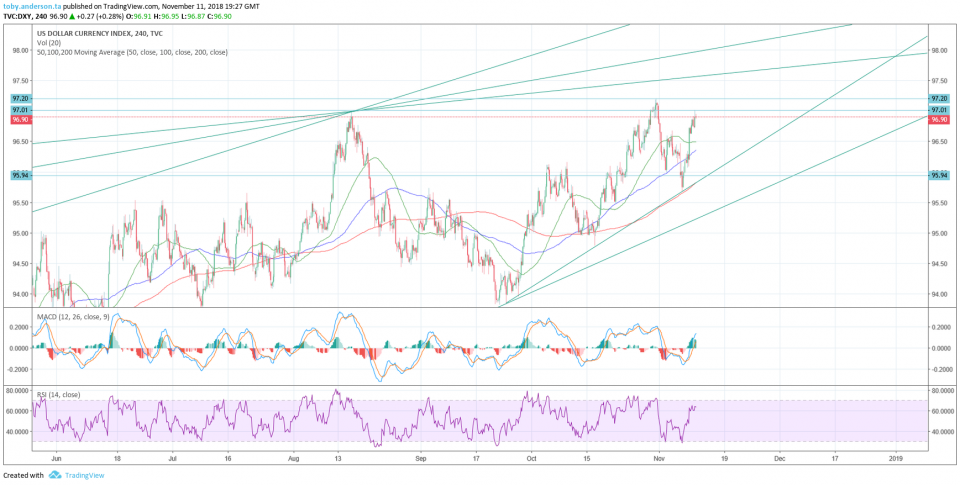 The Euro appears to be on a shallow downtrend, currently lying on a key price level (113). If it breaks below, expect a continuation to the lower trendline, if it represents a clear rejection then expect a price retracment to the upper trendline. Indicators suggest a short term bullrun at market open, but I am not expecting much, as there will be even less volume being traded then usual this Monday (bank holiday). 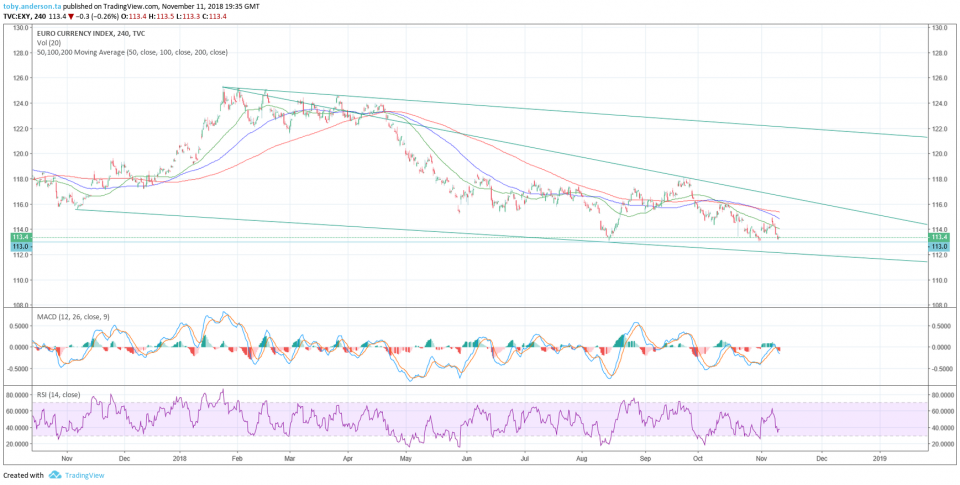 The Pound, as per usual, sits in an uncallable position, with Brexit negotiation news falling silent temporarily for Armistice Day, us traders are on hold for the time being. However, I attended the JP Morgan Quarterly Review in Harrogate last week, and their analysts seem to think that a firm uptrend is likely to take place in the next few weeks, as Brexit talks come”close” to some sort of deal. Technically, the Pound looks bearish for the time being (cleared its moving averages and oscillators signalling south) I wish I could speculate further, but these are uncertain times form the pound. CPI is to be released on Wednesday, this is very important because A: it indicates business and consumer confidence, and B: inflation is the main incentive for the Bank of England to raise interest rates from their all time low (0.25, on a steady hike up). 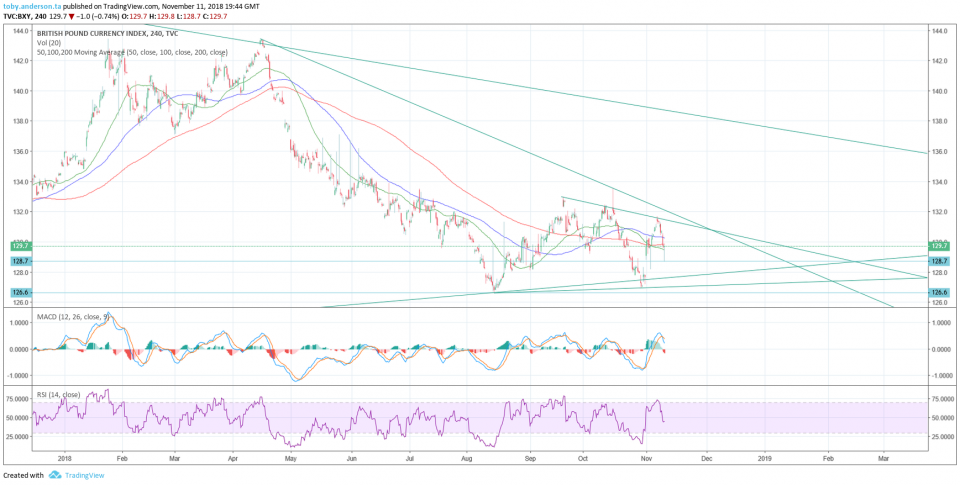 The Yen looks bearish this week, rejecting of its downward sloping trendline and breaking past its moving averages. This will be aided by the expected negative quarterly economic growth rate to be released later this week. 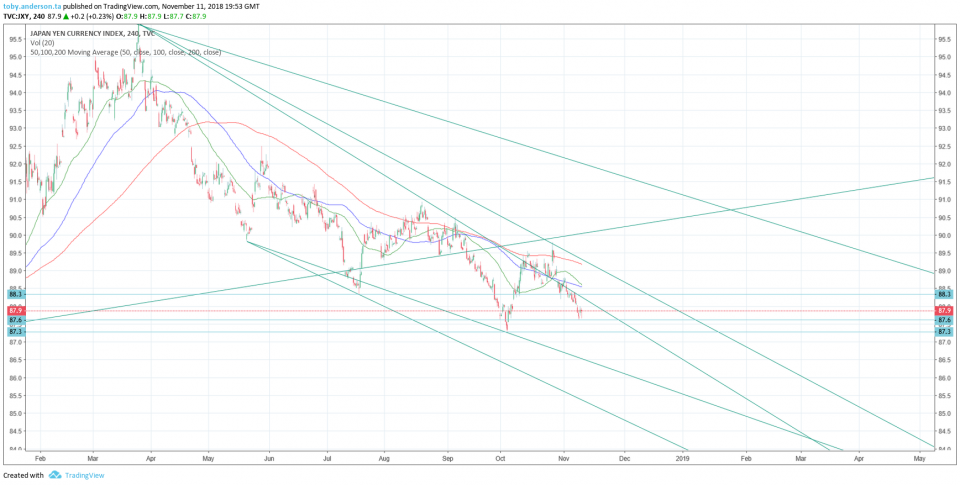 Cardano price could hit $10 on this condition

Shiba Inu scooped up by whales as partnerships explode across merchants