The USDollar is on a strong downward leg in an overall uptrend, so I would say that Monday and Tuesday will be overall bearish, and depending on how the DXY reacts to its lower trendline, it could reject and start its upward trend. If it breaks below, it is likely to continue to its lower trend as there is little in the way. Things to bear in mind: There is a lot of macroeconomic data being released this week, paired with a national holiday in the US on Thursday (thanksgiving). Expect a lot of patchy volatility in USDollar pairs. 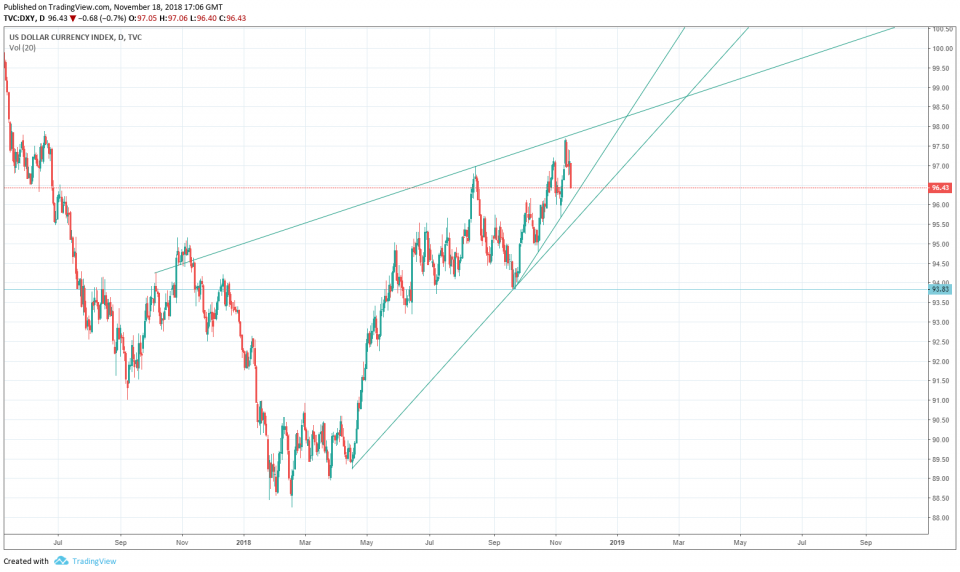 The Euro is on a very strong bull run as the dollar died down towards the end of last week, but I am expecting a very strong rejection of its upper trendline this week, so expect as bearish reversal. The European Central bank is having a meeting on monetary policy on Thursday this week, so expect a lot of one-sidedness in EUR/USD that day. Remember that the euro is more volatile then usual because of the brexit negotiations. 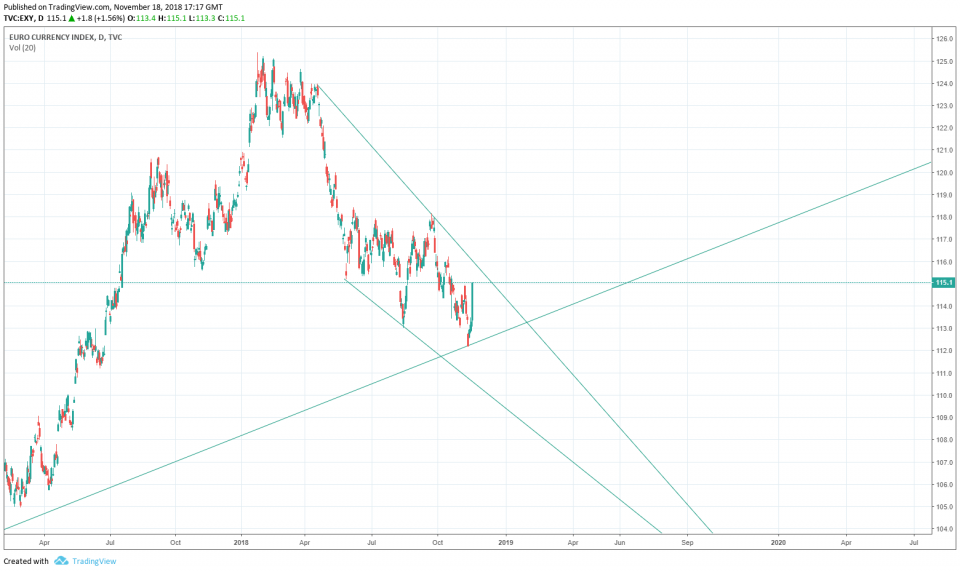 The Pound will be very unpredictable this week, as Theresa May continues to fight her corner against her own party, the pound will fluctuate dramatically as her plan for Brexit is under a lot of scrutinies.