Forex news for Asia trading
for Wednesday
5
May 2021

New
Zealand’s Q1 labour market report was a solid one, with
unemployment dropping more than was expected despite the rise in the
number of people seeking work (the participation rate). NZD/USD was
marked higher on the data and has managed to hold onto the gain as I
post (after a brief partial retrace).

AUD/USD
has been dragged up alongside. Data from Australia today showed
another big rise for building approvals (concentrated in multi-unit
building); this follows a strong rise the previous month also.

The
two antipodean currencies also benefited from a weakening US dollar
during the session, with EUR, GBP, yen all ticking higher against the
big dollar.

Gold
and BTC are both us also.

Oil
gained further, it got a bit of a boost from the private survey oil
data released in the US afternoon showing a big draw in inventory.
Eyes will be on the official data due on Wednesday morning (US
time)to confirm.

News
flow of direct FX relevance was light during the session. Japanese
and Chinese markets remained
closed for holidays.
Both
return tomorrow, May 6. 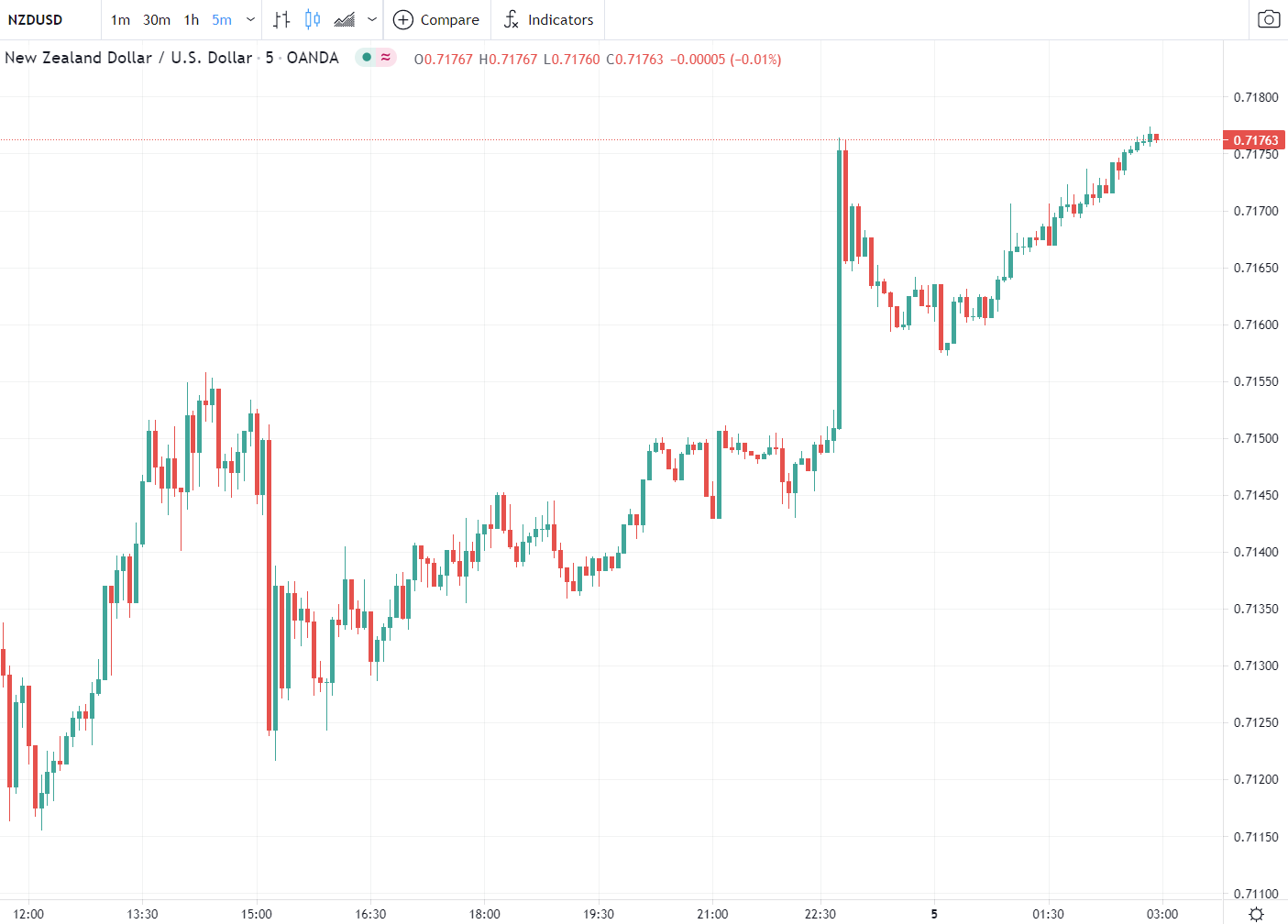