MATIC price decline since the April 29 high at $0.946 has taken a corrective form, and it is near completion, touching the trough of the rising wedge pattern at $0.675.

From March 14 to April 25, Polygon moved sideways in a wide range of 60%, with the weekly closes occurring between $0.360 and $0.385 for seven of the eight weeks. It was a rare formation, but the MATIC price contraction driven by speculator indecision on both sides formed the energy to carry the altcoin over 200% higher in eight days.

The drop below the wedge’s lower trend line on April 30 kickstarted the decline, taking MATIC price down 20% at today’s low, and right in line with the forecast first penned in an April 30 FXStreet article. Some residual selling pressure can be expected, and Polygon may briefly undercut the trough at $0.675 before the resumption of the advance.

MATIC price will encounter minor resistance at the 50 four-hour moving average at $0.772. Pertinent resistance will emerge at the 61.8% and 78.6% Fibonacci retracement levels at $0.838 and $0.884, respectively. Speculators can anticipate further resistance at the psychologically important $1.00.

If volume explodes as the end of April, MATIC price will conquer the all-time high at $0.946, giving it close to a $5 billion market capitalization. The potential exists for the rally to touch the 161.8% extension of the current correction at $1.153. 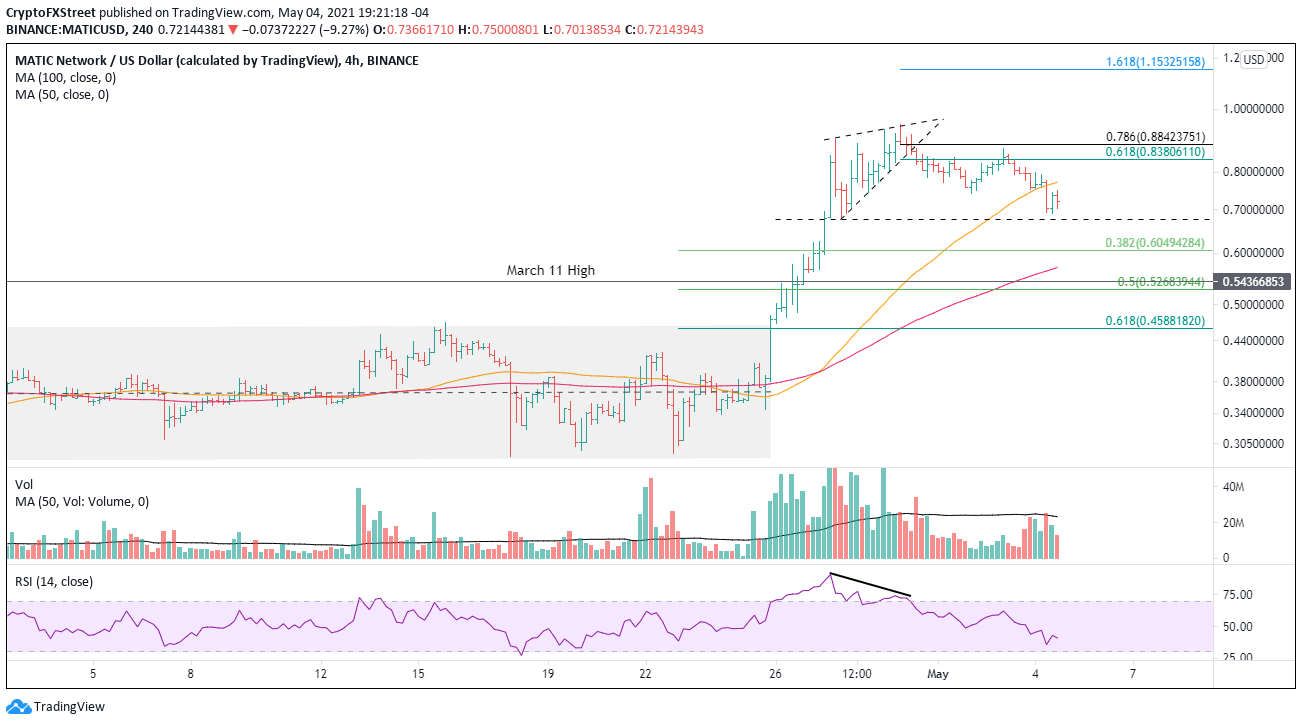