GBP/USD Forecast: Heading higher, but corrective decline around the corner 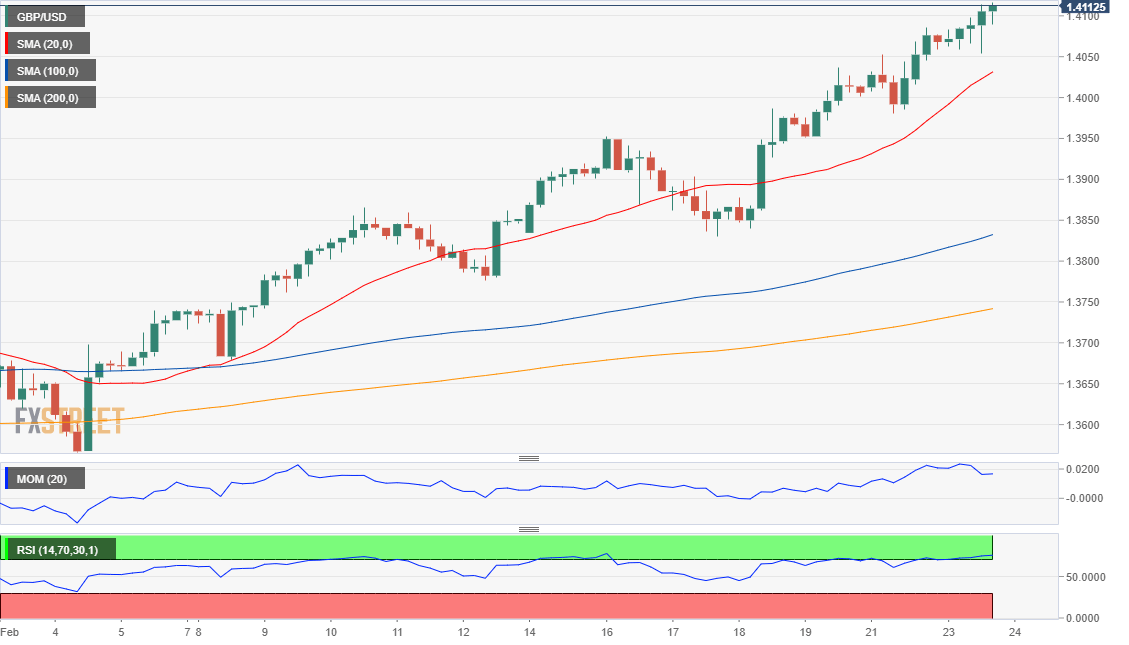 The GBP/USD topped 1.4097 during the London session, helped by the persistent greenback’s weakness throughout the first half of the day and upbeat UK employment figures. According to the official release, the ILO unemployment rate hit 5.1%, as expected, in the three months to December. Average Earnings Including Bonus in the same quarter were up 4.7%, beating the 4.2% expected. Also, the number of unemployed people decreased by 20K in January, much better than the 35K increase anticipated. The UK published CBI Realized Sales, which came in at -45 from -50 previously, although worse than the -39 anticipated.

The pair extended its run to 1.4116 within US trading hours and following US Fed chief Powell´s testimony before Congress, which put pressure on the American currency. On Wednesday, the BOE will present its Monetary Policy Report before the UK Treasury Committee.

The GBP/USD pair trades around 1.4110 as the day comes to an end, maintaining its bullish strength, although near-term divergences and overbought readings in the long-term suggest a corrective slide is around the corner. In the 4-hour chart, the 20 SMA continues to advance below the current level and above the longer ones, providing dynamic support at 1.4035. The RSI indicator continues to hover within overbought readings, while the Momentum extends its decline from overbought readings, holding above its 100 level.

India Infrastructure Output (YoY) climbed from previous -1.3% to 0.1% in January