Last bear market rally for Bitcoin price is here, and this is where it is capped

Bitcoin price is in a tight consolidative range, vying to breakout. But due to the nature of the market sentiment, investors should not expect a bold and sustained move for BTC until the start of a new week.

Bitcoin price has formed an inverse head-and-shoulders setup on the four-hour chart. This bottom reversal pattern contains three valleys, with the central one, known as the head, deeper than the other two. The valleys on either side of the head are termed shoulders, hence the namesake.

The 6% move forecasted by this technical formation is obtained by measuring the distance between the right shoulder and the head’s lowest point and adding it to the breakout point at $16,630. Doing so reveals the target at $17,593, coinciding with the June 18 lows.

Hence, this confluence is a strong level to book profit for Bitcoin price traders. It should be noted that BTC is yet to produce a four-hour candlestick close above the neckline at $16,330 to kick-start this inverse head-and-shoulders forecast. 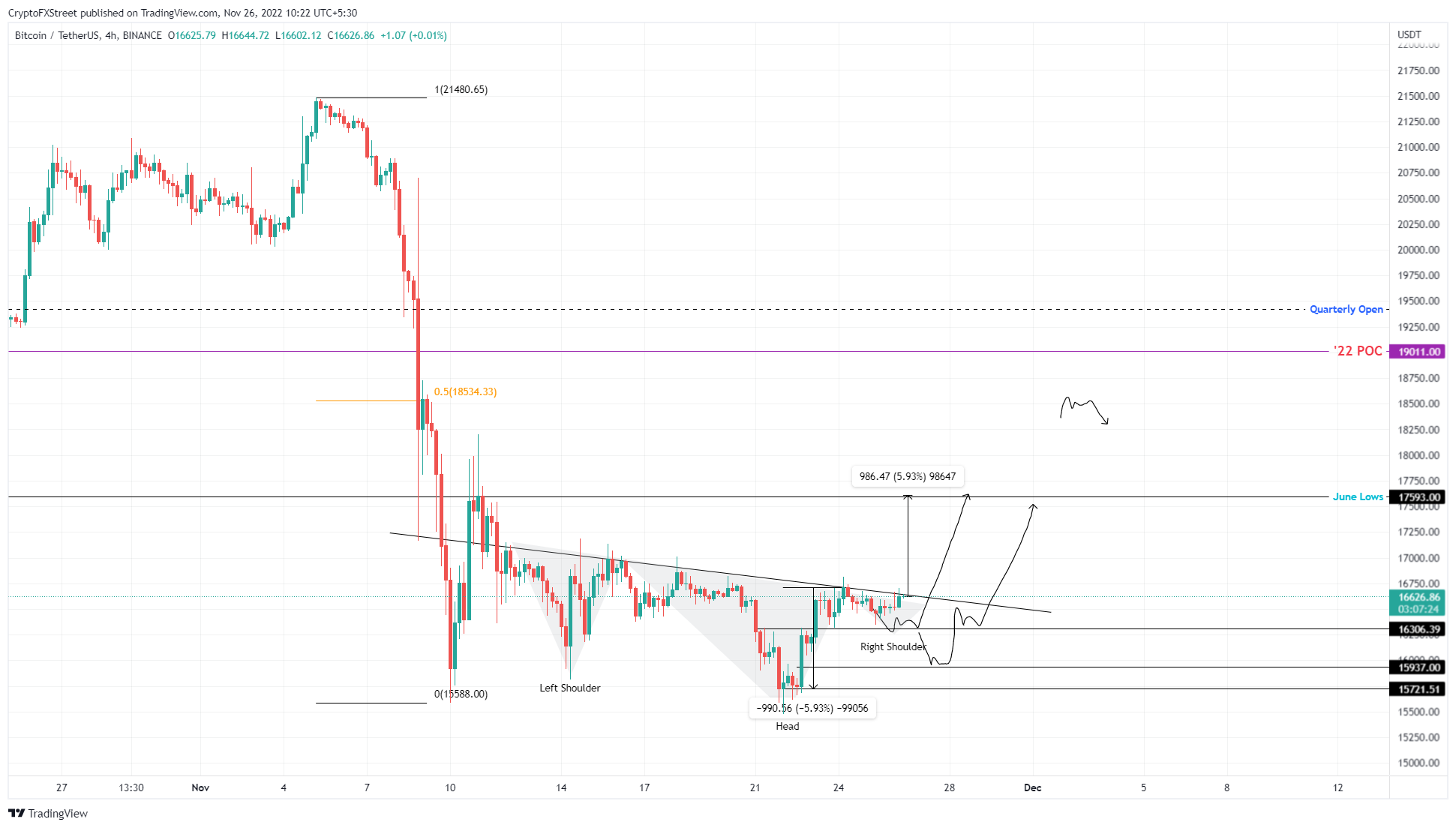 On the other hand, if Bitcoin price slides below the $16,000 psychological level and fails to recover, it will indicate a lack in bullish momentum. This move would allow selles to take control and knock BTC to retest the $15,721 support level. Here, buyers can band together and attempt another recovery rally.